A Defeated Mind Is Unkind To Need And Obligation!!!

What the use of the Mind if already programmed for defeat?

But such a mind is good when placed on display so that the mind with reason, determination, and obligation at all cost to be successful in obtaining what need to be done when in need of Freedom, Justice and Independence, otherwise, it is no good to the Black Afrikans,Na because a defeated mind give you nothing to fight for when in need of a Unified Black Afrikan Nation, A United States Of Afrika Government to be in Afrika and Afrika being for the Black Afrikans.

So, if you are Black Afrikans in the world today and you live with a defeated mind then that Mind is your enemy beloved, it have you liken living to a game and not Divine thoughtful determination with a need to be self-determining free, which mean you have a mind that sees only victory and not defeat, beloved Black Afrikan people.

I am one who see what needs to be done by Black Afrikan, there is no forever for the spirit of confinement, for injustice, and dependency beloved Black Afrikan people.

So, do I need to repeat myself to Black Afrikan people about what my Divine Mind have me not to do, which is debate with the negative when it is Divine Truth and Reality that have you to know the power of a Divine Thinking Mind and not a believing mind which have you to be defeated before you engage in performing with a mind that Divinely Think and thinking require for you to use common sense on the journey of getting to know what a confined soul need to do to become free again beloved.

That white Devilish Satanic Luciferian Human Being has no control over the issue of Reparation/Repatriation, such is not with authority over that which does not belong to the criminal and yes, the action of Chattel Slavery Enslavement was a crime committed by America white Racist unjust prejudice Luciferian Human Being.

So, the criminal has no authority over what the punishment is for the crime committed and the victims are entitled to receive the award that come from the crime been committed against you, that award is Reparation/Repatriation back to Afrika to be the next established State to be in Afrika and it is the Black Afrikans with a determination and is with an obligation to have such a quality of freedom, justice and independence to be for our Enslaved Ancestors to be enjoyed in Afrika by the Black Afrikans people and I do share information about those who have you believing it can't be done because the variables appear to be not in your favor when favor is determined by a state of Mind and my Divine Mind let me to know that there is nothing or no one that can defeat Divine Truth and Reality and the Divine Truth and Reality concerning the Black Afrikan Nation is that defeat is not a part of the Divine Mind function when there is unity of the Black Afrikan Mind, and a unified mind have you to think to know that Black Afrikans are in need of Freedom, Justice and Independence and it is Reparation/Repatriation which belong to our Enslaved Ancestors that represents that freedom, justice and Independence of our Enslaved Ancestors and all freedom desiring Black Afrikan people to be in Afrika.

So, you can either sit on your do nothing Black Behind talking about how Mighty that white racist is over your Black behind or you can rise up to become organized in unity to show to the world our Determination and obligation we have to collect the Reparation/Repatriation that belongs to our Enslaved Afrikan Ancestors, using any and all means required for Black Unified Afrikans to use in order to have Freedom, Justice, and Independence to enter again the door of Mother Afrika!!!

Log in
Similar threads
Black Spirituality Religion : Evil Can Still Be Defeated
Ethiopia : 124 years ago, Ethiopian men and women defeated the Italian army in the Battle of Adwa
Black People : How White Supremacy is defeated
Chief Elder Osiris : THE DEFEATED AFRIKANS
Black People : Has Racism Been Defeated?
Quiet Poetry Lounge : When your soul is defeated....
African American History Culture : Is sex, religion, & politics mind control
Black Poetry : Look I'm sweet phat and fine so boys keep that in mind they wanna kiss me and I disagree my lips hot and red but met a blockhead in the club I'm not
Black Poetry : She's fine and wet with the mind set of a queen she get extreme love talk from boys her pride is true and she get a wide view of the town she hide due
Black Poetry : I'm a RED BONE led along with my beauty home grown and shown on the cell phone as having conversation gone out of my mind listening to that I love yo
Black Poetry : “BOO You got cake and pie I'm shook had to take a sly look you fine and flirting but behind the curtain your mind hurting for a love affair” “SO WHAT
Black People : The Mind Of Black Afrikan Americans
Black People : Its The Foolish And Educated Mind That Believe Slavery Is Over!!!
Black People : Garvey, The Man And His Mind
African American History Culture : REAWAKENING THE AFRICAN MIND
Law Forum : The woman behind 'Roe vs. Wade' didn't change her mind on abortion. She was paid
Black Poetry : Only you have unforgettable beauty, it is eternal in my memory. It shines clearly in my mind and subconscious mind - this is the best I've seen in my
Black Poetry : Make a note in his diary that his quotes are fiery like that poison ivy time to arrange his game some words bring strange flames and empty mind i
Black People : The Dream That Never Was Meant To Free Your Mind
Black Spirituality Religion : TD Jakes - NOTHING AS POWERFUL AS A CHANGED MIND
Black Positive People : A CHANGED MIND - "DO NOT MOVE" ( For Some will not Enter the Spiritual Thread ) Not that they have no spirituality ..It's Also Black People Positive
Black People : A Fool Can Show A Happy Face But Joy Comes From Freedom Of Mind
Black Poetry : Walk in the hood for fame then talk a good game mind play tricks hasn't pulled a fine chick in years, have to get one quick “NAW PLAYER boys hound an
Black Poetry : He see a girl pies smoking and eyes wide open he can only stare at and hope she share that his mind mixed and shook but he had a fixed look on her, h
Black People : Will It Ever Occur To Black Afrikan The Only Way To Change Our Living Status Is To Change The Mind Now Controlling Us?
Black People : A Disrespectful Mind For Time, Is A Mind That Does Not Use Time Wisely!!!
Black Poetry : Inside My Mind
Black Spirituality Religion : Way to control anger and wavering of mind
Spoken Word : Flow best but no success can't achieve goal believe love stole his mind and that's cold this HIP HOP blend is in the top ten he see a chick come with
Black Poetry : She have a brisk attitude holding a dish for food it's really game time that's her frame of mind in
Black Poetry : whatever's on my mind
Black People Politics : ▶Speaking of Black Women◀"Elevate My Mind"--Identities for Women in Hip Hop Songs
Black Poetry : make my mind trip lost you try kiss off my lipgloss
Black Poetry : look I got cake to whirl like the wind my candy curls thin a boy's // mind spin nevertheless got cle
Black Poetry : Our mind is the control tower of our life
Black Poetry : Mind Is Playing Tricks on Me
Black Poetry : itch for cake which state my mind drift clever but if ever I don't have plenty fun then //
Black Poetry : itch for cake which state my mind drift clever but if ever plenty fun but if anyone discover the rea
Black Poetry : flow like water and my mind grow broader but have a great plan //
Black Poetry : Outlaw: Mind Your Own Business
Science and Technology : Science Examined People Who Claim Not To Eat Or Drink. What They Found Is Mind-Boggling!
Black Entertainment : Idris Elba Will Push His Body, Mind and Engineering Know-How in 4-Part Series, ‘Idris Elba No Limits
Black Poetry : HE SAID Mind has become large it’ll be dumb to dodge reality, hands // In the air I dap at school
Black Poetry : My mind fries while time flies like a strong sparrow and I have the type bone marrow give me muscles
Destee Network : Free Your Mind Online
Black Poetry : MIND BLOWN
Black Spirituality Religion : Last Days on the LORD's Mind
Black People Politics : Holder, free to speak his mind, takes on Congress, and more
The Front Porch : Just speaking my mind.
Black Entertainment : The Soul Rebels - Let Your Mind Be Free
Share:
Facebook Twitter Reddit Pinterest Tumblr WhatsApp Email Share Link 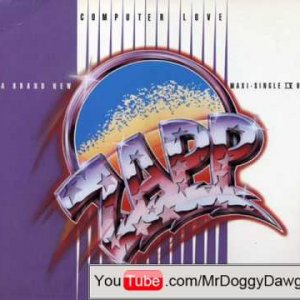