Kim Jong Un is using the very same model his father used when his intelligence services inserted disinformation into the global intelligence network to see where their probe surfaces and who in their inner circle starts showing up to preplanned meeting late if at all. Properly applied torture can loosen even the tightest lips of those suspect to endanger his longevity. The deaths of even members of his immediate family is proof of that. His father spooled that model up from The Nazi spymasters Martin Bormann, Heinrich Himmler and Joachim Von Ribbontrop after he overthrew Japanese rule in 1945. Kim perfected it and that's why he is going to die of old age like his father. As of tonight America has no stage one nuclear retaliatory assets (B-52, B-2) the B1B Lancers were rendered non nuclear in 1995 to comply with "START One" but would be used in conventional retaliation with great fury in The Pacific Rim in the event kim get's overly rambunctious, the Ohio's don't count as Stratcomm designated them as first strike assets and would lose their stealth advantage in a retaliatory counterforce strike. irregardless of the rhetoric and saber rattling no nuclear capable country relishes a "no win" nuclear conflict.

willa said:
Haven't heard from Kim for a while. He is suppose to shoot off a missile supposedly on Oct 10th.

Have you noticed how everybody to the last man was smiling, and clapping for joy around Kim Jong Un, and now…every man to the last is super serious wearing the same face around him. There was no man way to the back carrying a little sign that says, "I protest."
Click to expand...

Hey willa, are you still a Republican after Corker's latest statements/comments? Or, are you just for Trump?

Clyde C Coger Jr said:
Hey willa, are you still a Republican after Corker's latest statements/comments? Or, are you just for Trump?

Hello. I'm at the horse races betting on Trump to actually do a good job. I think he is not a smooth politician. He is a citizen President. Which makes him vulnerable when speaking. However, just when I think he's gone and done it now with something he said, it turns out what he said or did has a decent value to it. Firing Comey comes to mind. It turns out Comey was fixing Hillary's e-mail problems so she didn't have to answer for them.

I like the strong man at the gate. I think we should have protected borders. Europe is having to pay dearly with ISIS type attacks, because of those radical sorts who have come over their borders into their countries unveted. They do not assimilate and run their own courts based on Sheri-a Law.
Our Stock Market has soared record breaking. That is prosperity for everyone.

Kim Jong Un knows what will happen if they lob a missile at us. He's being quiet. There are consequences now for anyone who decides Death to America! When comparing Hillary to Trump, my money is on Trump. I know that he will rub some people the wrong way. I'm fine with that for now. He is dedicated to keeping his campaign promises. How many Presidents do that?

Hello. I'm at the horse races betting on Trump to actually do a good job. I think he is not a smooth politician. He is a citizen President. Which makes him vulnerable when speaking. However, just when I think he's gone and done it now with something he said, it turns out what he said or did has a decent value to it ...
Click to expand...

Okay, but what about Trump's and Gen. Kelly's recent disrespect to the Gold Star widow, Myeshia Johnson, and the family of fallen Gold Star soldier, La David Johnson? And both gentlemen lying on Congresswoman Wilson ...

Are you stunned, has he done it now willa?

Clyde C Coger Jr said:
Okay, but what about Trump's and Gen. Kelly's recent disrespect to the Gold Star widow, Myeshia Johnson, and the family of fallen Gold Star soldier, La David Johnson? And both gentlemen lying on Congresswoman Wilson ...

Are you stunned, has he done it now willa?

You mean because one of his sentences, "Your son chose to join the military, something he wanted to do and I suppose knowing this still hurts."

Of corse it does! There is nothing anyone can say at a time like this. This is a good example of him trying to do something good and falling all over his tongue. General Kelly advised him not to make that call. Maybe that was because he feared Trump might trip over his words again. I look at it as intent. I think his intent was sympathetically sorry.

I actually know what it is to lose a child. There is no consoling. I tried to stand there and understand that people only meant to comfort me.
Last edited: Oct 22, 2017
You must log in or register to reply here.
Similar threads
Black Poetry : A Clear and Present Danger
Black Poetry : Its clear doe a year ago a boy starved for sex carved some complex words in a love letter in the club her thing wetter and the wetter the better acco
Black Poetry : Everyone want money and hope folks think that's a funny joke so they laugh clear their throat girls
Support : Please Can And Will The Moderators Make Clear The Intents/Purposes Of Various Forums?
Black Poetry : It’s random clear as to why he abandons a career and departs
Black Poetry : sound in the clouds playing so clear
Health and Wellness : Clear Link Found Between Vitamin D Deficiency and Alzheimer's Disease
Black Short Stories : So Just To Be Clear...
Black People : " I HOPE THIS MAKES THINGS PERFECTLY CLEAR FOR A LOT OF PEOPLE"
Black Muslims : The Clear Quran
Audio Video Web Conferencing : DJ Kool - Let Me Clear My Throat (Orginal Video)
African American History Culture : New evidence could clear 14-year-old executed by South Carolina
Science and Technology : Animated explanation of Higgs Boson Particle (very clear)
Violaters / Violations : Suggestion; a Clear Ddefinition of Hate
Chief Elder Osiris : The Silence Of Black People In America Is A Clear Indication Of The Lack Of High qual
Chief Elder Osiris : Motion Without A Clear Path of Direction Is Useless
Chief Elder Osiris : A Clear Objective With A Common Goal
Black Poetry : Unknown Cause, But Clear Effect…
Black People : IN CLEAR BLACK AND WHITE
Black People : The Record Is Clear, The Lie is Murky
Chief Elder Osiris : A Move To clear Garvey Name
Black People : It's clear Bloomberg just didn't get it
Black Poetry : He was clear.....
Black Poetry : It's (un)Clear To Me
Black Poetry : clear my mind
Black Poetry : can't see clear but i'm still here
Black Poetry : Clear Visions
Black Poetry : clear path
Black Poetry : Out of the clear blue sky.
Black Poetry : i need to clear my head
Black Poetry : loud and clear
Black Spirituality Religion : Is This Present Coronavirus Outbreak a Part of Biblical Prophecy (the Pale Rider)?
African American History Culture : Historic African-American Lincoln Cemetery faces a tangled present and uncertain future
Black Money Business Jobs : For Some African-Americans, Efforts To #BuyBlack Present Challenges
Black Entertainment : Righting a Past Wrong? Academy to Present Spike Lee with Honorary Oscar
Black People Politics : how shall we respond to our present challenges
OldSoul : AFRICAN AMERICAN HISTORY: FROM EMANCIPATION TO THE PRESENT
Black People : Detroit's Present: Black America's Future?
African American History Culture : OUR STORY (Past, Present, Future): An Historical/Spiritual Journey
Rwanda : Rwanda remembered: Samantha Power reconciles past and present on genocide anniversary
Black People : "YOU CANNOT REFLECT And PROJECT THAT WHICH IS NOT PRESENT"
Black People : Detroit's Present Fate And The Future Of American Democracy?
Black People : Our 16th Birthday Present --- Destee.TV --- Our Own Television Station !!!!
Black People : Guess What Our 16th Birthday Present is - and Win a Year of Premium Membership - 24 HOUR CONTEST !!
Black People : Our Present: Their Future?
Black People : Black Folk Gett'n Outrageous - Daring to Present Diverse Opinions On Stuff!
Science and Technology : Do Maggots Just Show Up - Without Flies Being Present?
Chevron Dove : Trouble In Syria In The Past & Present~the Canaanite Phoenicians...confusion
Black Muslims : African American Muslim Presence From Early New York To The Present
Libya : The present Fate of Black Libyans
Share:
Facebook Twitter Reddit Pinterest Tumblr WhatsApp Email Link 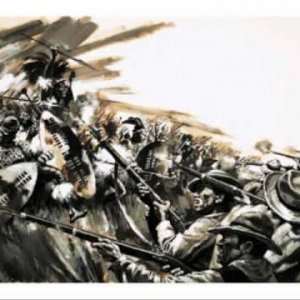