Tanzania : A Black Panther living in exile in Tanzania.

~Ok this gentleman, his wife, and Umar Johnson are my heroes now...yep 2011 is getting off to a brilliant start...

Yes, it's a wonderful yet sad testimony. I first saw it on PBS.

cherryblossom said:
Yes, it's a wonderful yet sad testimony. I first saw it on PBS.

From watching the documentary, i don't think him or his wife would classify their lives as ''sad''..when life serves you lemons, you make lemonade..

Amnat77 said:
From watching the documentary, i don't think him or his wife would classify their lives as ''sad''..when life serve you lemons, you make lemonade..

...Nor does he feel completely at home in Tanzania. Even after 30 years, O'Neal struggles to feel rooted in his adopted country, immersing himself in community work while drawing strength from the steady and optimistic Charlotte. But the fact remains that O'Neal is the only member of the Wameru tribe who enjoys CNN, Charlie Parker and Southern barbecue. Battling isolation, yearly bouts of malaria, and the many difficulties faced by any enterprise in the African bush, O'Neal remains an exile in fact and in spirit.

O'Neal's anguish is partially relieved by two dramatic reunions that took place during the filming of "A Panther in Africa." His 83-year-old mother, Florene, arrives for a rare visit. Also, a former Panther comrade, Geronimo Pratt, only recently freed from prison after 27 years on a conviction that was quashed because of FBI malfeasance, decides to build a home nearby. But the reunions also serve to emphasize how O'Neal remains a man caught between past and present, America and Africa. He knows he may well never see his mother again, or even be able to attend her funeral.....

The documentary was filmed several years ago, I hope his mother has been able to return again since then.....not being able to set foot in the U.S. when she dies, I'm sure they both cherish any opportunity to see each other. 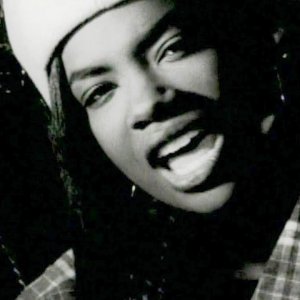