Chevron Dove : A 'BLACK' Miss Israel!--Is This Political or What!? The Crowning Moment

Amazing! Yityish is so beautiful! But is this political or what!? I mean after all of these years they finally found a 'Black' girl that is pretty enough to win? Wait a minute. I wonder if there were ever any other 'Black' [African-typed] girls to be in this Miss Israel pageant, or was she perhaps the first contestant, and then, OH SHE JUST HAPPENED TO BE THE BEST ONE AND THE MOST BEAUTIFUL AND WON THE FIRST TIME A 'BLACK' GIRL WAS 'ALLOWED' TO BE IN THIS PAGEANT!? Something is up! If this organization has never allowed a Black [African-typed' girl to be in their program in the past, and all of a sudden, they do, and she wins, then there has to be something evil lurking behind this deed. After reading up on other events that correlate to the events going on in and around this Israeli State, yes, there seems to be underlying reasons behind this event. I just happened to stumble across this news when I was looking for other events and well, I am surprised that I did not hear about this months ago when this pageant occurred.

There are reports in which a number of people are saying that this sudden decision to encourage this girl to be in the pageant and then choose her to be the winner was due to an incredible happening that revolves around the Israeli State government being exposed for an atrocious act of Eugenics against many Ethiopian women. Reports are stating that Yityish's people, women, who wanted to go back to the land of their ancestors had been forced to take medication that stopped them from being able to give birth as a stipulation to be able to go back to Israel. The Ethiopian Jews [Israelites] wanted to leave Ethiopia due to the hardships that they had faced in Ethiopia, but many of them have received awful treatment when they went back to Israel. The people in that government and many of its citizens are protesting and making it clear that they do not want Black 'African' people to be in the land. Furthermore, now that Yityish has been chosen to be Miss Israel 2013, many negative and sarcastic comments about her can be heard continually. In this one video, they refer to her 'homeland' as being Ethiopia, but if these Jews want to return to Israel, it would be because, Israel would be their homeland. Ethiopia would be her birthplace and perhaps considered one of her two homelands, but the commentators are deliberate, in my opinion. But also, this brief timeline of events causes me to believe that her sudden elevation has to do with much more than the heinous crime the Israeli State government has done to those women:

*There were major demonstrations in 2012, especially DECEMBER 2012
due to an alleged 83 year old woman who was allegedly raped by a man from Eritrea, where people shouted they wanted the Black 'Africans' to be deported.

*The Pageant was held in FEBRUARY 2013 in which Yityish became crowned, with comments about using her as a PR campaign in Israel.

*President Barack Obama goes to Israel for the 1st time as the president of USA!!!-and the White House requested that the newly crowned Miss Israel was invited to the dinner affair the next month in MARCH 2013.

*This Israeli State government launches an Air Strike in Syria in MAY 2013!

Now that she has won this title, she will be expected to compete in the Miss Universe pageant, and it will be held in Russia in November 9, 2013! But Russia [Moscow] has also condemned the airstrike on Syria, so I wonder how that will go over in the November pageant? But, no mattter how much those people in Israel have protested and demanded for the deportation of Black 'African' people, it seems that they are going to be dealing with Black 'African' people for a long, long time no matter how many are deported. There is so much more to this news but for now, I just wanted to share a little in this forum.

one can't stop the beauty of Black Women from blossoming and being expressed no matter how hard one tries.

A 'BLACK' Miss Israel!--Is This Political or What!?
Click to expand...

Similar strategy with the use of pres. obama.

the second vid @ 2:27 is symbolic of what Black Women--all over the world-- can expect in this new epoch. 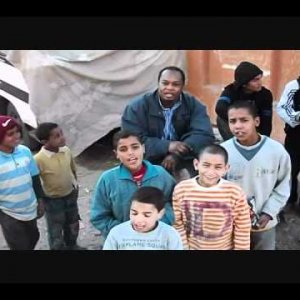