If this was a group of white teachers caught cheating and I happened to say they probably adapted the practice from black teachers and then said in the same post it is not about race, what would you say to that.

y'all can't play that card given your history.


workingwhiteman said:
If this was a group of white teachers caught cheating and I happened to say they probably adapted the practice from black teachers and then said in the same post it is not about race, what would you say to that.
Click to expand...

if there were the situation where black teachers were in such a position as to be providing a mentoring type role, such as by being there first, and in greater numbers, we prolly would not be in such a position as to be needing to comment on such things as this. conversely, we'd prolly be doing the same thing you are trying to do ... with pretty much the same reaction.

however, your point is invalidated by the fact that y'all have consistently shown, in far too many arenas, that your behavior, in just about any given situation, is going to be rife with lying, cheating, bigotry, corruption and just about any other immoral practice that one could possibly come up with ... and even some that go beyond the pale! and always there will be the "apologist" up in the face of any that would gainsay such activity seeking to claim some moral high ground while perpetuating the very same

[QUOTE="IFE, post: 917769, member: 55406" Embarrassing. We live in Atl.
I can't help but believe if Black educators are practing this cheating, it has to be taking place in white districts also. I've always thought teachers having to teach to the test was a problem. But teachers cheating, changing the test is just to much.

My spouse thinks the teachers being hand cuffed and hauled off to jail was unnecessary. As a former parent of a student, I fell it was just. Harsh, yes. But, these teachers were not teaching. They were taking breaks, playing around and cheating on the test.

There needs to be an investigation into all school districts. I'm sure this is not the beginning or end of this type of cheating. /QUOTE]

But are these teachers criminal Racketeers totally focused on making as much cash as they can, as opposed to being genuinely STUPID and consistently inept petty hustlers whose educational standard cannot be much higher than that of their pupils; or wouldn’t they have come up with a more rationally sustainable SCAM, in that isn’t your credibility as a [my mother is a retired] teacher very obviously enhanced or destroyed by your former pupils competence/capability or lack of?

Can you NOW relate to why ALL the peoples of African ethnicity in general, in the USA and the rest of the Diaspora along with the Africans in Nigeria, South Africa and the rest of Africa in particular NEED the so uplifting TRUTHS of an African centred History Curriculum, and would you be prepared to enlist and encourage your family, friends and associates to do whatever they can to help to project and promote this agenda?

As both our individual and collective worldview is created by the historical facts/perspective that we are taught, isn’t our own truthfully updated African History curriculum at the core of resurrecting both the individual and collective self esteem necessary to kick start the African Renaissance in the 21st century, by providing our people in general, our youth specifically with a strong foundation with regard to our capabilities [most of which apart from sports/music are totally marginalized/ignored by the status quo as standard] in every area of human activity, TODAY?

When WE don't educate/rationally program ANY/ALL of our people to consciously acknowledge our African ethnicity [as opposed to alleged Blackness/how BLACK is Halle or Barack/why are we the only ethnic group using a colour/Black as opposed to our ethnic origin as our primary label] as a blessing as opposed to a curse; aren't we extremely unlikely to even begin to fulfil our main responsibility; to deduce and construct the socio-economic vehicles that will initially adequately secure our communities and countries, creating the possibility of us eventually collectively advancing and competing with the rest of Humanity in the 21st century?

SHOULDN'T ALL OF OUR SCHOOLS in general, especially the traditionally Black Schools in the UK, USA the rest of the Diaspora and Africa in particular be teaching our own truthfully updated History Curriculum highlighting our so diverse but efficiently marginalized or totally ignored contributions to Civilization in every area of human activity over the last 5000 years; thus reprogramming the minds of the people of African ethnicity with our TRUE history [as unearthed by our own historians] as a truly superlative therapy for the residual trauma of the ongoing AFRICAN HOLOCAUST, for which both an apology and reparations are STILL missing TODAY, aren't THEY?

The Destruction of African Civilisation (Chancellor Williams), and Blacks in Science (Ancient & Modern), They Came before Columbus The African Presence in Ancient America (edited by Dr Ivan van Sertima), Nile Vallely Contributions to Civilisation and the Browder Files I & II (Anthony T Browder) are all interesting and uplifting books that will fully update your knowledge of African history, along with being the ready-made textbooks of our updated African History Curriculum.

Our spiritual/intellectual heavyweights can attempt Dr Frances Cress Welsing’s book The Isis Papers-The Key to the Colours, which is an in depth analysis of Racism and White Supremacy and all the relevant Symbols that pervades every aspect of our lives. She literally puts forward a program at the end of the book as to how to limit the damage done to us collectively as we attempt to survive in this blatantly hostile White Supremacist Racist environment.

Yurugu [An African Centred Critique of European Cultural Thought and Behaviour] by Marimba Ani is the ultimate rigorous Spiritual and Intellectual workout, which literally leaves no stone unturned in its microscopic examination/dissection of white Europeans/Caucasians and their psyche’s ongoing malevolence [towards the rest of the human family in general, the peoples of African ethnicity specifically]; due to the fundamentally warped Platonic concept of “Objectivity” blended with Plato’s higher mind/limbic brain spiritually/intellectually alienated drivel through which THEY consciously discern themselves to be the head/brains of Humanity, relegating the rest of the human family into “OBJECTS” to be controlled/culled as they see fit, as opposed to being entitled to the same rights and privileges to enjoy their lives and prosper, as Europeans/ Causcasians /Whites.

Yurugu-as defined by the Dogon of Mali = a being born prematurely without his female twin-soul. Realizing that he was flawed and therefore deficient, forever incomplete, who was and is doomed to perpetually search for completeness that could never be his.

How do the Dogon know so much about just how fundamentally twisted/ unwell the LUCIFERIAN LUNATICS/POWER ELITE inc/status quo [and their lackeys of many hues] are, or can you think of another reason why they are currently so determined to turn this planet into a very real hell in the 21st century?

Marimba Ani’s Yurugu would serve as a ready-made textbook for Advanced Level African Studies right up to Doctorate level, as this extremely challenging read is that comprehensive and relevant with regard to rationally evaluating/knowing exactly how our enemies are going to behave as standard in this very hostile, extremely challenging environment.

Would you ALL agree that there is a mountain of useful information that we peoples of African ethnicity in general, our would be leaders and leaders specifically need to ingest and digest if we’re going to even begin to deduce how to constructively develop ourselves and our communities in order to kick start the African Renaissance in the 21st century?


Isn’t ANYONE who genuinely believes they are not programmed
graphically illustrating that their programming is COMPLETE?​
Last edited: Jul 10, 2015 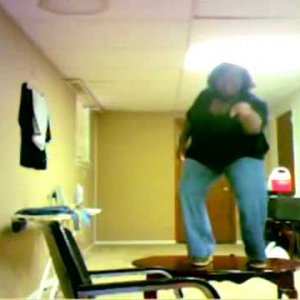