Black Spirituality Religion : …who raised Jesus from the dead?


…who raised Jesus from the dead?


To my dismay, most Christians refuse to believe that when Paul said in Acts 13:30 that God raised Jesus from the dead, he was metaphorically saying that as God, Jesus had the power to raise himself from the dead by bringing himself back to life. And this has caused much confusion and consternation in the body of Christ. But to those who who have "eyes to see and ears to hear," this essay will solve this mystery.

John 1:1 starts us off with this: "In the beginning was Jesus … and he was God."

Paul echoes this in Romans 9:5 when he says: "Abraham, Isaac, and Jacob are their ancestors, and Christ himself was an Israelite as far as his human nature is concerned. And he is God, the one who rules over everything and is worthy of eternal praise! Amen."

Thus we see right off that the God mentioned by John and Paul is Jesus himself. For if they meant that there is another God, they would be violating Christ's own words. Namely, if both John and Paul says that Jesus is God, then he is God!

And to top it off, Jesus says he is God, too! As he said of himself in Isaiah 45:21-22: "Who announced this long ago? Who announced it from the distant past? Was it not I, the Lord? For there is no other God besides me, a righteous God and Savior-no not one!"

But many Church goers will still read such Scriptures as Acts 5:30 that says, "The God of our ancestors raised Jesus from the dead-whom you killed by hanging him on a cross" and become confused. And they become even more confused when they read Acts 3:15 that says, "You killed the author of life, but God raised him from the dead. We are witnesses of this."

See, what they are doing wrong is not understanding how Jesus speaks to us in the Gospels. Many scholars refer to this as illeism, or speaking in the third person. What I am saying is: every time Jesus mentions "the Father" or "God," he is speaking of himself in the third person by his other name. Or by the name Jesus use when he make command decisions!

This means that illeism or speaking in the third person is God's way of consciously altering his speech to better get his message across to us, similar to the speech used by adults when speaking to a small child who don't understand very much. For instance, a woman may stand over her baby's crib and say "Your mother don't want you to do that." Or "Mrs. Joe wants you to eat your green beans."

So in illeism or third person usage, "Your mother" and "Mrs. Joe" are the same person as the woman.

And too, Jesus spoke this way to deliberately conceal his true identity from the people. See, much like people are today, the Jews were rebellious people. And if Jesus had revealed his true identity as God to them too early the Jews would have tried to kill him before the appointed time. And God's time line for his death would have been threatened. Meaning that it was appointed that Jesus must die only in Jerusalem and only on a certain day and only at a certain time. And any time before this or after this was not the right time.

But when they were alone Jesus did let his disciples know his true identity. Matthew 16:13 records: "When Jesus came to the region of Caesarea Philippi, he asked his disciples, 'Who do people say that the Son of Man is?'" His disciples responded by saying, "Some say John the Baptist, some say Elijah, and others say Jeremiah or one of the other prophets."

Then Peter clarified this by saying that Jesus was the Christ, the Son of the Living God. And is Jewish theology, the word "Christ" was another way of saying that God had anointed himself to be on earth as a man. But as verse 20 says: "... he strictly charged the disciples to tell no man who he was"

So I repeat. When Paul said in Acts 13:30 that God raised Jesus from the dead, he was metaphorically saying that as God, Jesus raised himself from the dead. As proof of this I give you the words of Jesus himself as recorded in John 10:

"I am the good shepherd; I know my sheep and my sheep know me—just as the Father knows me and I know the Father—and I lay down my life for the sheep. I have other sheep that are not of this sheep pen. I must bring them also. They too will listen to my voice, and there shall be one flock and one shepherd. The reason my Father loves me is that I lay down my life—only to take it up again. No one takes it from me, but I lay it down of my own accord. I have power to lay it down and the power to take it up again. This command I received from my Father.”

Albeit, the body Jesus died in was not an Adamic sinful corrupt body like ours, else it would not have been acceptable to God. It was a perfect none corrupt body given by God that could not be killed. See, this body was God, too. BUT IT WAS STILL HUMAN, and that was all that the law required. So as Jesus said, he had the power to give up his life of his own accord. But also as God, Jesus had the power to give life back to his now dead body of his own accord.

"By this time it was noon, and darkness fell across the whole land until three o'clock. The light from the sun was gone. And suddenly, the thick veil hanging in the Temple was torn apart. Then Jesus shouted with a loud voice, 'Father, into your hands I commend my spirit.' And with these words he breathed his last." Mark 15:39 says, "When the centurion standing there in front of Jesus saw how he had breathed His last, he said, "Truly this man was the Son of God." And again in Jewish theology, the term "Son of God" was the Jews way of saying that God was now on earth in a human body.

(See the above references as to how the" Father," "My Father" or "God" is a reference to Jesus himself. This is proven by his liberal usage of the term "I" throughout these Scriptures)

Matthew 28 concludes this discussion by saying: "The angel said to the women, 'Do not be afraid, for I know that you are looking for Jesus, who was crucified. He is not here; he has risen, just as he said. Come and see the place where he lay. Then go quickly and tell his disciples: "He has risen from the dead and is going ahead of you into Galilee.""
.
As a conclusion to this essay I will say this. Jesus loves us very much. So much so that he took on a human body and let his own created people to nail him to a cross, the greatest act of love the world has ever seen, or ever will see. So by us believing that he is our God coming to save us, he becomes our Personal Savior, one who we can take our troubles to as we wait for his return. 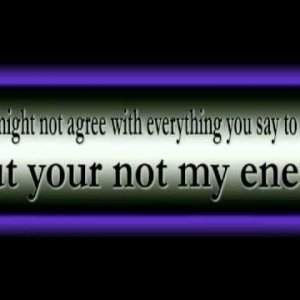