Oprah Winfrey is firing back at critics of her decision to build a $40 million school complex in South Africa - saying she didn’t build it in the U.S. because inner-city kids here don’t appreciate the value of a free education.

“I became so frustrated with visiting inner-city schools that I just stopped going. The sense that you need to learn just isn’t there,” the TV talk-show maven says in the current issue of Newsweek.

“If you ask the kids what they want or need, they will say an iPod or some sneakers. In South Africa, they don’t ask for money or toys. They ask for uniforms so they can go to school.”

The tough talk comes as the famously philanthropic Winfrey unveils her Oprah Winfrey Leadership Academy for Girls in South Africa - a sprawling, 28-building complex for impoverished teens that features a yoga studio and beauty salon, among other luxuries.

The 22-acre complex has taken more than five years to build and has raised eyebrows in the U.S. and abroad, she said.

“I understand that many …feel that I’m going overboard, and that’s fine,” Winfrey said. “This is what I want to do. I wanted to take girls with that ‘it’ quality and give them an opportunity to make a difference in the world.”

Winfrey handpicked the 152 girls who will attend out of an application pool of more than 3,500. Winfrey has also supplied millions of dollars to educate needy children in the U.S. through the Oprah Winfrey Scholars program.” 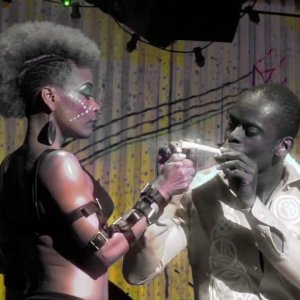